Today was the open race for the London ITU triathlon. Whilst the elites had gone yesterday, where Mario Mola (Spain) had won the men’s race and Gwen Jorgensen (USA) had won the women’s race, the prize on offer today was just as monumentus as the race incorporated the 2014 Serpentine Club Triathlon Championships (Olympic distance). A fair number of Serpies had landed up in the same wave, so the 11:10 start line resounded with various chants of encouragement for the club.

The start was far less aggressive than normal, in that I didn’t get hit or kicked on the head, and I soon found myself in the slightly unfamiliar position of leading my wave on the swim. Yes, I did have to continually look up to check that I was heading the correct direction and, for much of the swim, there was an element of ‘have I gone around the correct buoy the correct way?’ But the swim element went fine, and I came out the water in about 20 minutes.

Having carefully walked through a practice run of the transition area prior to the race, I knew exactly what to expect and, despite stopping to put shoes and socks on (I still haven’t mastered the elastic bands and bike shoes yet) and the typical issue of getting my wetsuit off, felt as though it was fairly efficient.

On to the bike of 5 laps and 36km around Hyde Park. Now I was in wave 29, and so I had gone into the race thinking that there’d be a fair number of other riders to dodge on the course. However, the field was fairly spread out and, along with a few shouts of “keep left!”, I found I hardly needed to brake at all when it came to overtaking. The course is fairly technical with a couple of dead turns, sharp 90 degree bends and a number of speed bumps, so you have to keep alert the whole time. I think I kept the pace fairly consistent; I tried my best to keep the speed as close to 25mph as possible and didn’t really think twice about holding anything back for the run. I took a gel after 3 laps, felt a bit funny immediately afterwards (although that’s generally the case and by the time I was on the run, it was fine), and my only error was filling my water bottle half full given I was so thirsty by the end. I landed up coming into transition in about 55 minutes.

On to the run. Surprisingly, it was this part where the course was most congested, but I think that is because the paths around Hyde Park are slightly narrow. I felt fine and have been accustomed to running 10k recently, so I went out at a fair pace and soon settled into the run. The best part of each lap on the 4-lap race was about 3/4 through where a bunch of my friends had come to watch and where shouting a lot of encouragement. Yes, I did speed up for that bit, and then slowed down…but that’s what you do right?! I finished the run in 31:18, so imagine the course to be a little on the short side.

I landed up finishing in 1:52:14 which appears to have been the quickest time of the day according to the website, so pleased with that. And infers that I probably won the Serpentine Club Championships as I made sure I wore my running kit today! 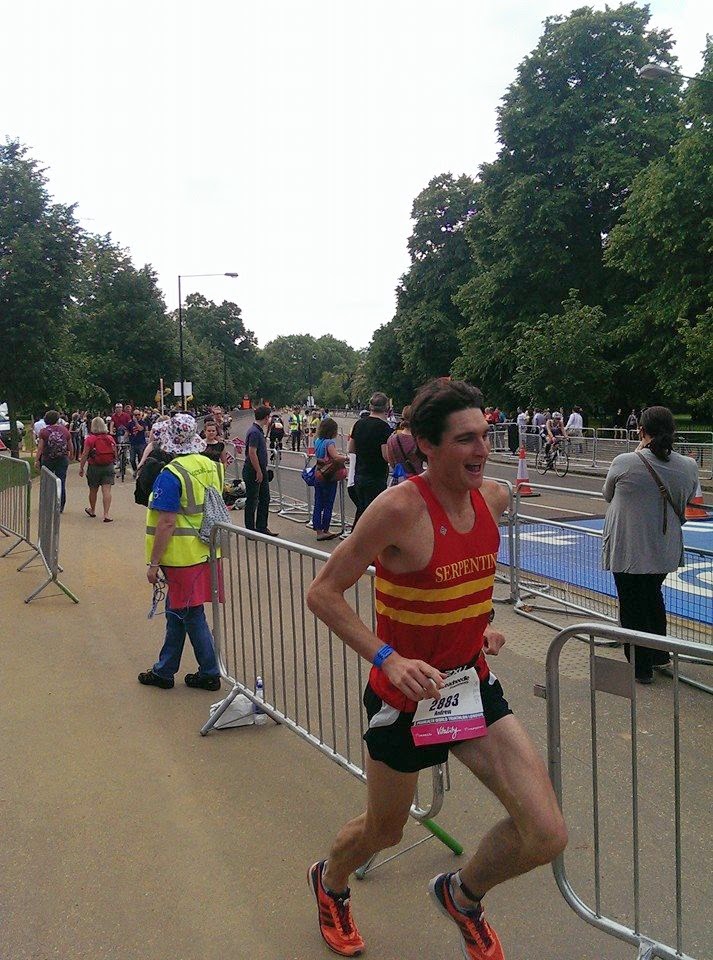