My 11th consecutive running at the Welsh Castles Relay and 11th different stage to take on. So which stage was I running this year? Stage 14, Drovers, and all 1000ish ft of climb. A mountain classic by WCR standards. I met James McMullan (previous winner) on the start line, so knew that it would be a decent race to the top.


Conditions had been variable over the previous 24 hours but, with a bit of luck, we'd avoid any rain storms and run in sunshine. The first 6 miles roll along the A483 and, after a first mile of 5:05, I started to pull clear of James. I was a little concerned that he'd be strong on the climb, so my plan was to try to put as much distance between him and I as possible before ascending. The WCR is a very well supported event in terms of minibuses and car loads of teams from all competing clubs all pulling up at lay-bys on the route to cheer on all the runners. In amongst the cheers, I did find out that I'd managed to put about 200-300m between myself and James by mile 6, at which point we turned on to the quiet road that winds it's way up to the Drovers Arms. 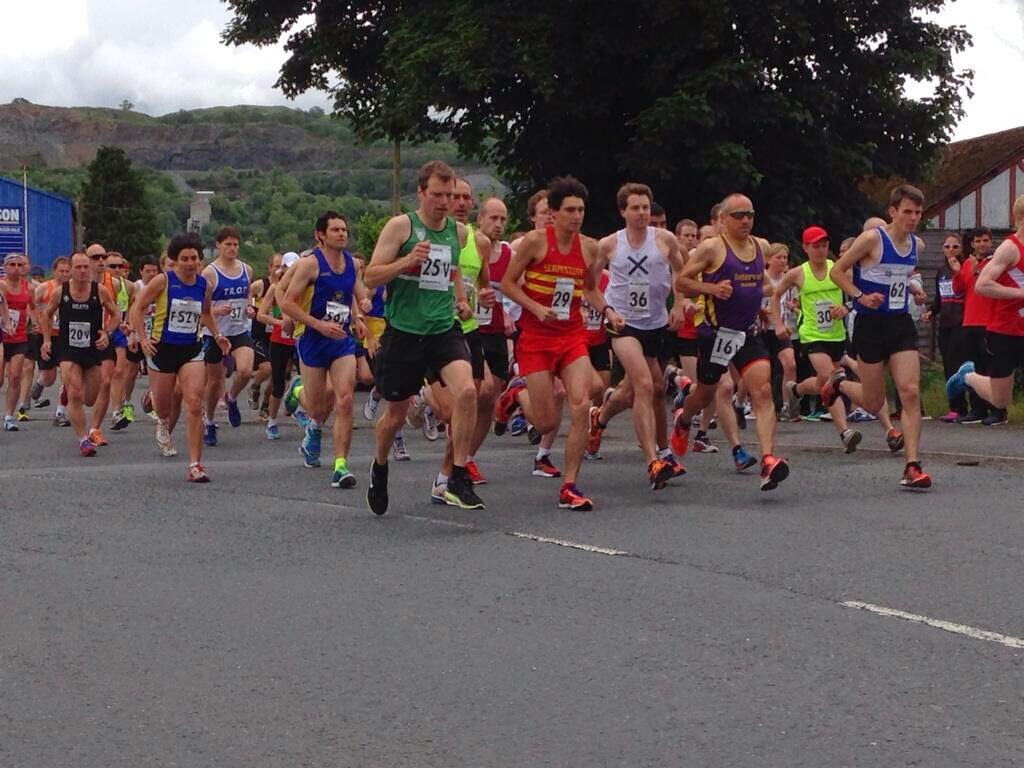 It was now quite humid, sunny and there was absolutely no chance of rain. I decided to try and keep a metronomic pace to the top, so started up the hill at a steady pace. I was probably climbing at about 7:30 mile pace and focused on simply putting one foot in front of the other. There was a stunning view down towards Bullith Wells that I couldn't really appreciate and decent support that I couldn't really acknowledge but was very welcome.
The finish is visible from about 1.5 miles out, with a sizeable descent to wind it up on followed by a final climb to the end. By this point, I had half an eye on breaking the hour and so pushed on despite 2nd place being a couple of minutes behind. I clocked 59:17, a new stage record on the 'new' course. (However take note that one of the finest runs I've ever seen was Phil Sly running 58:00 in 2005 on the older and longer course, so still a way off that).
Definitely no 5ks today.