Conditions at Parliament Hill could not have been better to draw the crowds to watch over 4,500 runners competing the National Cross Country, some contrast to the mud and bog at Alton Towers last year. This fixture in the cross-country calendar provides runners of all abilities, from novices to Olympians, to compete alongside one another in the same race.


I first ran the National as a senior in 2005, where I finished in 218th; I came 78th last year; and I was hoping for some further improvement this year. Given there were almost 1700 competitors in the Senior Men’s race, it was important to make a fast start to prevent being boxed in, as the width of the course narrows significantly after just 400m.

It took most of the first lap before everyone settled down into their position as fast starters faded and slower starters move gradually through the field. After 6km, I found myself in a group of runners including Darren Deed, Dave Norman, Chris Smith and Phil Hinch; all very good club runners whom, until this year, I was nowhere near being able to compete against. 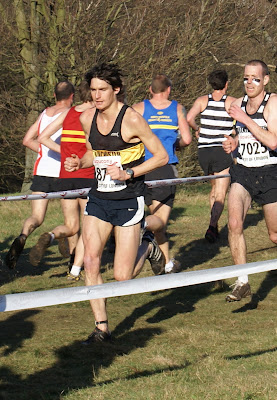 Running within a group means that you constantly feel under pressure to stick with the pace and any lost concentration can see you rapidly fall off the back. While physically very demanding, it’s likely you will maintain your place in the field, or even move to a higher position. I managed to stick with the group until about 10km before the fatigue started to build in my legs and I knew full well that I was struggling to keep up. However, I refused to give in and the gap hardly widened all the way to the finish. There was no respite all the way to the end either, as other runners were packing in close behind and any loss of focus would easily have seen me drop 5 places.

I came 31st overall in a field of 1689. There are great videos of all the races at http://www.athleticos.org/coverage/248314-2012-National-Cross-Country-Championships……certainly some inspiration for racing in 2013. 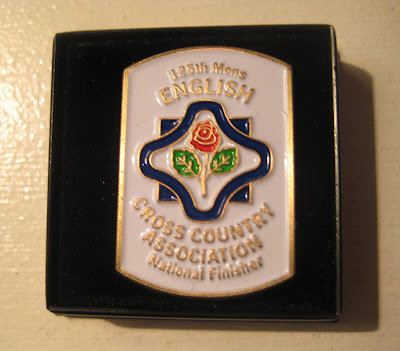