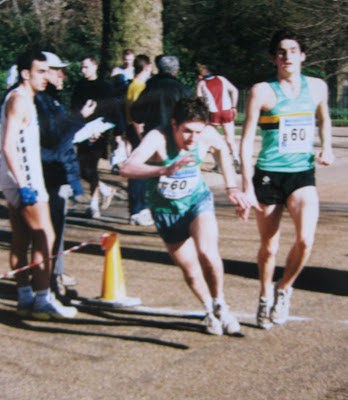 Ten years ago I ran in my first Hyde Park Relays as a 1st year student for Nottingham University. That year we came 7th overall and the picture on the right shows me handing over to Ed Jackson, who ran the 3rd fastest time that day. Since then, I have tried to compete in the race as frequently as possible as it’s always a great event from the Uni Relay calendar.

My parents often come to watch the race, and my Dad always has had a particular interest in the event as he competed in the winning team in 1963. That year Ron Hill helped lead their Manchester Team to victory and a course record. He writes an interesting perspective about the race in his book “The Long Hard Road - Part One: Nearly To The Top” 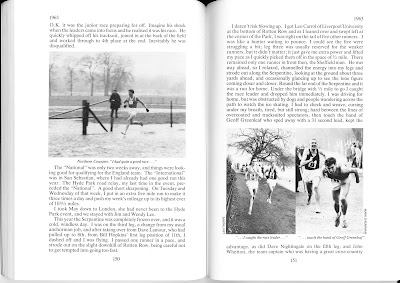 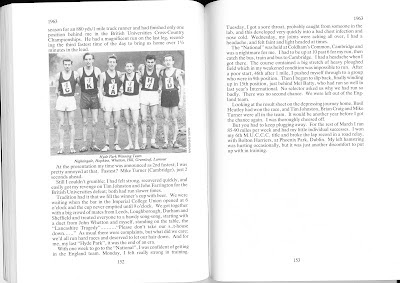 I also found the article about the race from the Imperial College internal newspaper: http://felixonline.co.uk/archive/IC_1963/1963_0189_A.pdf

In addition to Ron Hill, the Hyde Park Relays has seen several other famous running names compete over the years, including Herb Elliott, Seb Coe, Richard Nerurkar and John Mayock.

In 2012, I was running in a team for my company, Capco. With about 300 employees in the UK, we have 29 different sports teams, including one for running. These sports teams provide a great way to get to know your colleagues away from the office and allow us take part in events where everyone shares a common interest.

The good weather brought loads of people out into Hyde Park, so there were a fair few dogs and people to dodge on the 3.2 mile loop. I think Cambridge won the race overall, with Glen Watts clocking the fastest time in 15:38. Frustratingly for me, that was just 3 seconds faster than my time, but I had no idea this was the case as I was running leg 1 and he was running leg 5.

High fives to the Alan Hall and his team of Imperial College for putting on a great event!