Cross country smackdowns and the psychology of winning

Six weekends into 2012, and seven races already completed, has meant it’s been a busy start to the year. Two races in the last few weeks have really made me think about my approach to racing and my desire to win, these being the Southern Cross Country (Stamner Park, Brighton) and the Met League (Perivale).

I'll start by congratulating Highgate Harriers on a fantastic win at the Southern Cross. Their squad always shows a great team spirit, and they have fielded a competitive side at all major club races during this 2011/2012 season. They are a team that certainly deserved to raise the Frank Wynn Challenge Cup.

Keeping with Highgate theme, I had my first of two battles with Shaun Dixon at Stamner Park. The course provided a good mix of hills, woodland, mud and fast descents, so it meant staying focused throughout the entire 15km to ensure any attack by a competitor was reacted to immediately.

The race saw a large group of 10+ athletes pull away from the rest of field and establish a 50m gap soon into the first lap. I was happy to sit back in the 20's with the plan to work through the field as the race evolved. I soon found myself running with Shaun, who seemed to be following a similar strategy, and it was good to work together and chase down the fast starters. 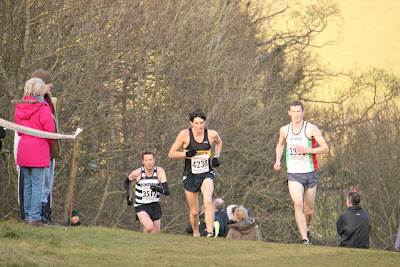 By the start of the second lap, the field had thinned, and the target was to catch Darren Deed and Steve Naylor of Bedford. Continually pushing one another, we eventually caught them with about 2km to go. At this point, the race turned from one where we were working together to one where we were fighting for position. Going into the finishing straight, I was sitting in 9th; crossing the line, I was in 11th. Both Shaun and Darren had got me in a sprint finish and I appreciate that is an area that I need to work on. Was it that I simply could not physically achieve that 9th place, or had I made a conscious decision to settle for defeat?

The next race was the Met League at Perivale. OK, this is not of quite the same prominence as the Southern Cross, but the principle of racing for the win was the same. After the first lap, Shaun and I had put 25 metres into the rest of field (a gap that would more or less stay the same throughout the race). I knew that Shaun had a strong finish and I spent much of the race questioning how best I could achieve the win. I decided that I had to push the pace from 800m out, but that simply was not good enough and, with 50 metres to the line, I was pushed into second; again failing in a sprint finish. Again I find myself questioning whether I had subconsciously settled for 2nd place early on in the race, based upon my knowledge of competitors finishing ability. 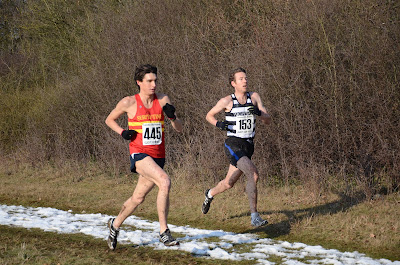 So this brings me to the physcology of winning and a topic discussed in Tim Noake’s ‘Lore of Running’ called the ‘Central Governor Theory’. Take this statement with a pinch of salt, but I believe that I could have won the Met League had I focused my mind properly.

Tim Noakes claims that it is not your body that determines whether you win, but your brain. As a human, our brains are programmed to obtain success and evolution has brought us to push ourselves physically as hard as possible without killing ourselves. The brain is simply a regulator to prevent us from inflicting too much damage on ourselves, and this is our Central Governor. Some people genetically have a greater tolerance to pain, and therefore a greater Central Governor. However your Central Governor is also impacted by your will to win, or your self-motivation or how important the race is. So perhaps the greater I wanted the win, the greater the level of discomfort I could take through the of fatigue my muscles. 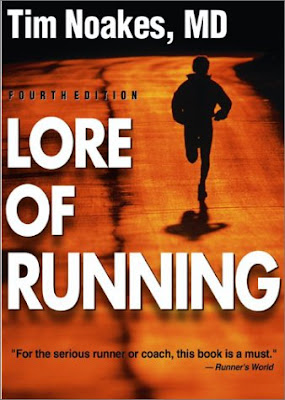 Related to this is a level of self-belief, whereby humans will generally respond in the same positive or negative way if faced with the same situation again. OK, I have now lost out in a sprint finish to the same person in the last two races. However what I must not loose is my positive self-belief, whereby if faced with the same situation again, I must learn to react differently and realise my full potential. Roll on the National!