2012 was the last time I trained for and lined up for the London Marathon, and I knew the amount of effort required over a sustained period to achieve my result that year. I'd say that it takes a dedicated build up of at least 4 months to really do the marathon justice and so all those 35,000 odd runners lining up on Blackheath today have all approached that challenge in their own way. As I mentioned in my previous blog, that 4 month build up is what I've been working towards since January.
Given my recent form, I would expect a 2:21 time to be on the cards. However why aim for 2:21, when its so agonisingly close to that 2:19:59? With this approach, my race plan was to go through halfway in 70 minutes and hope that I would feel good enough to negative split to a sub-2:20. On the start line, I was concerned about potentially blistering in my shoes, the impact of having bashed my quad on the banister in the morning, and recalling just how painful those last 5-6 miles can be; all little things that you blow out of all proportion. However, one thing was for sure, I would run my own race, try not get carried away early on and aim to keep a metronomic 5:20 per mile. As expected, the start was fast, I went out steady and soon found myself weaving in and out of the field to find some clear road. I settled in a group with Alex Milne (going to halfway) and Stuart Spencer of Notts AC, however the third mile of 4:58 made me put the brakes on and I was happy for them to continue ahead off the road. At 5 miles, Dean Lacy came alongside and I continued to run with him for the forthcoming 10 miles, trying my hardest to keep to that 5:20 target. Mile 9, at the renamed 'Buxton Water', was for me the high point of the race, with unbelievable crowd support, including my family, friends and club-mates helping to contribute to an incredible wall of noise. With the crowd support, knocking off a 5:20 mile seemed relatively easy, and was far contrasting from those quieter parts of the course around the Isle of Dogs. At this point, I felt sufficiently fresh to high-5 my sister and to really appreciate the spectacle that is the London Marathon. 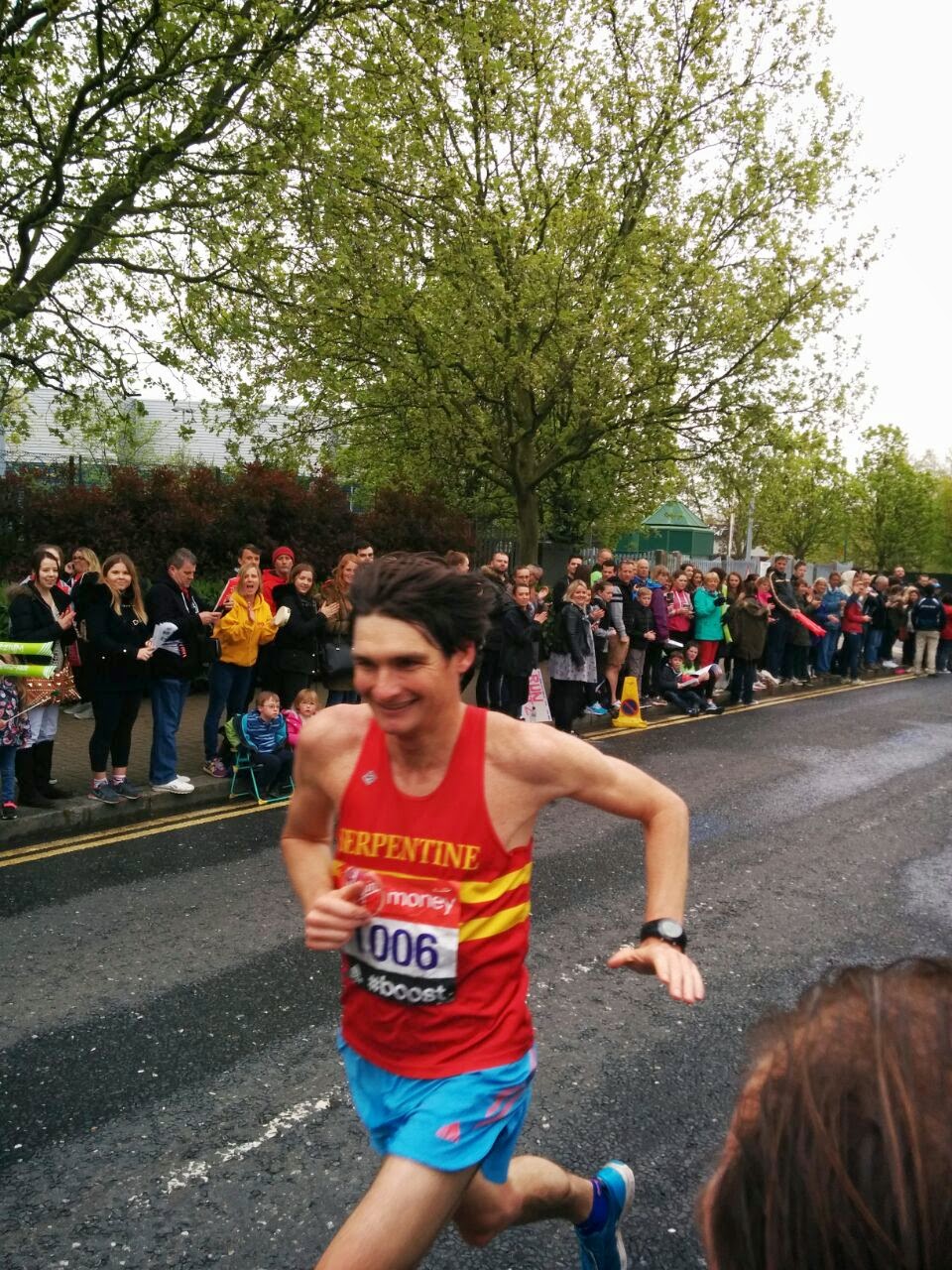 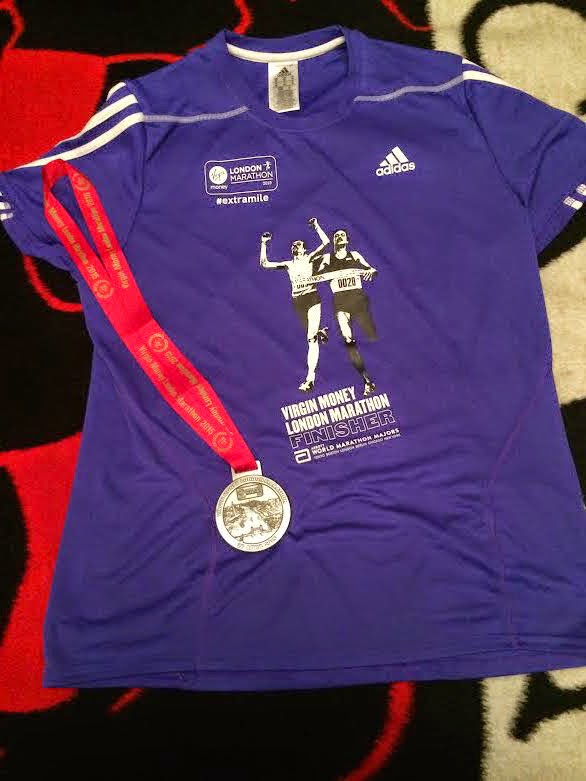 We continued along Jamaica Road, over Tower Bridge and on to half way. Whilst still ticking along at a fair pace, this was by no means comfortable and I began to question for how long I'd be able to hold it together. Despite going through 13.1 miles at 69:42, I knew then that a sub-2:20 was out of the question, as there was no way that I'd knock out another sub-70 given how I was feeling. I began to become a little concerned about how hydrated I was and so made a conscious effort to take a few sips of water at each one of the coming water stations. Whilst on the subject of nutrition, I took no gels throughout the race and I think I had sip of Lucozade early on, otherwise it's water all the way.
As we went through the nightclub-esq underpass at Westferry Circus at 15 miles, Dean began to drop off the pace and it was then me and the watch to try to keep on track. I was beginning to feel the impact of the quick pace we'd run early on and, by the time I'd reached Canary Wharf at 19 miles, I was beginning to tire and was starting to have little appreciation of what was going on around me. However I did know that I was still on track for a pb, had broken the back of the race, had other runners ahead of me to reel in and was now heading straight for The Mall, so I may as well get my head down and finish this!
Along The Highway, I over took a couple of runners and was content in knocking out a consistent 5:30 miling. Once I was on the Embankment, it was familiar territory and synonymous with the run home from work and was counting down the time to the end; 10 mins, 9 mins, 8 mins....etc.. I had Big Ben to aim for and, despite being 50m behind Stuart Spencer, he was helping keep my pace going. As we turned in to Birdcage Walk, I had no appreciation of the time, I just wanted to get this race done. Finally, The Mall came into sight, along with the finish line. I made an attempt at throwing my arms in the air, but my body was in pieces, my legs were screaming and I have NEVER before felt so fatigued at the end of a race. It was over, I'd broken my pb with 2:21:46 by well over 2 minutes and finished 28th overall. Job done!
Serpentine Running club packed well with Dave Morgan, Jonathan Poole, Rich Phillips, John Franklin all finishing within 2:27, and other notable performances from the Battersea Thursday sessions including John Gilbert in 2:18 and Andy Lawrence 2:29.
I now need a rest, my legs hurt, I'm tired and now will focus on my next challenge of the year: Ironman 70.3.
I have to thank all my friends and family who came out to watch and support today, and help contribute to make the London Marathon such a great event. At the moment I am a little apprehensive to 2016, but it'll hardly be surprising if I change my mind....