Its 8am in the Peak District and Hope Valley is under a layer of mist, with only the higher ridges exposed to the morning sun. Down in the mist are over 400 runners gathering at Castleton and getting ready for the 21 mile Red Bull Steeplechase. I’d heard about this race through a number of clubmates who’d been taking part in it over the past couple of years. The format is synonymous with that of an elimination cycling race: 3 cut off points after 8, 12 and 18 miles where 90, 110 and 70 runners are pulled out at each point respectively. Pacing correctly is essential, as any marathoner will know that 21 miles really is quite some way, however the 4,000ft of climb adds an extra dimension to consider.

With the mist having lifted, the race got underway with an ever-present sprinter getting to the foot of the first climb with a 100m lead, soon to be swallowed up by those runners taking it steady and with a greater appreciation of the task that lay ahead. The race opens with 550ft of climb within 0.5 miles, so it was a case of climbing on all fours, unless of course you’re my clubmate Glenn who sailed up it with ease and immediately put some distance between him and the rest of the field. 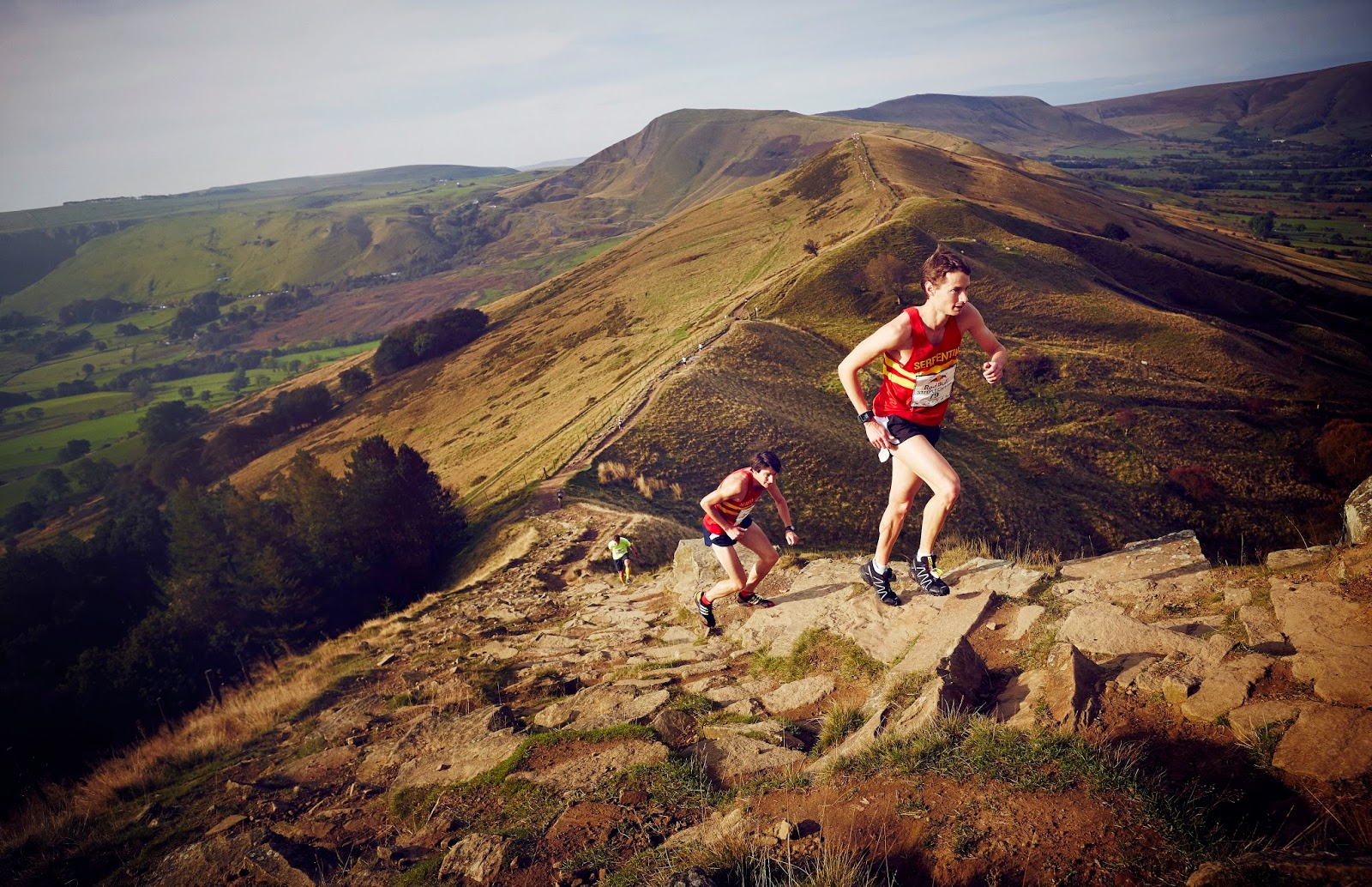 We continued along The Great Ridge, past Hollins Cross, on to Lose Hill, and all with stunning views of Edale one side and Castleton the other. There was even a brass band half way along the ridge! I’d caught Glenn by this point and, at the first major descent, I managed to open up a bit of a lead over 2nd and 3rd places.

No sooner had we descended, we were back climbing again, this time over to Ladybower reservoir and towards the first check point at Bamford. Up, down, up, down was certainly the theme of the day, this coupled with having to maintain full concentration on your footing to avoid slipping and wiping out. A lot of the route seemed vaguely familiar, having come to the Peak District with my Dad when I was growing up, and this helped provide a degree of awareness about how far I was from each checkpoint.

I arrived at Bamford feeling fine, relatively fresh and with about 30 seconds on 2nd place (a fell-runner from the Czech Republic). I declined some Red Bull at this stage thinking that water was probably more suitable and cracked on to the ascent of Win Hill. Glenn’s strength on the uphill meant that he reeled in a fair amount of distance at this point. Despite the massive desire to walk on the ascents, I pushed on as best as possible knowing that 2nd and 3rd were not far off. A single trumpeter was on the top of Win Hill, marking the highest point on the 2nd stage and the start of the steep descent down to Hope. 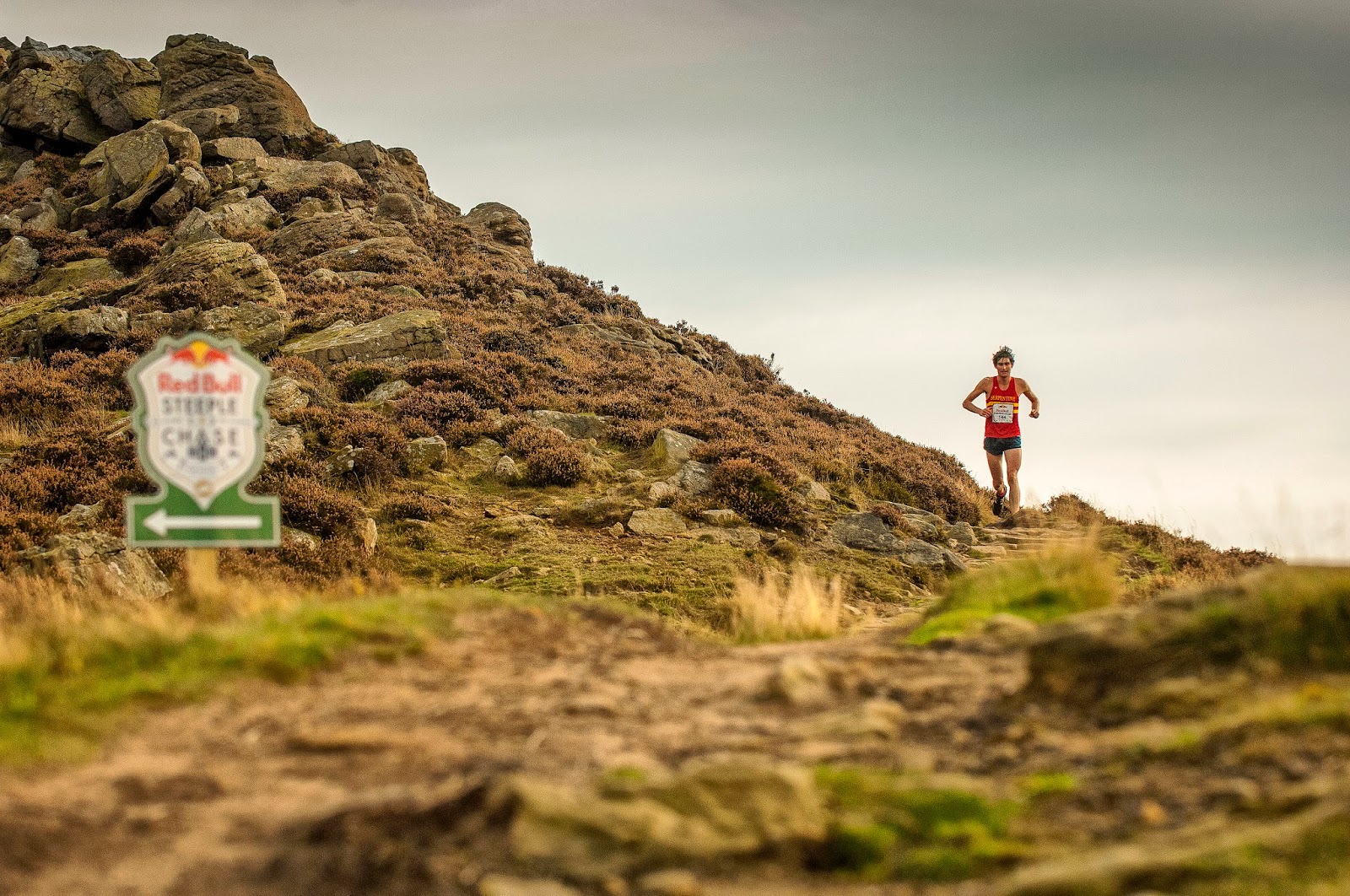 Shortly after the second checkpoint I was starting to tire. As I rattled through 10 gates at the start of the third stage, I was aware that the Czech runner was moments behind as I could hear him too rattling through the gates. Fortunately there were no significant inclines on this stage and I got into a decent rhythm. Feeling low on sugar, I chugged half a can of Red Bull at a water station and flew all the way to Edale, the third and final checkpoint.

The last stage was relatively short at 3 miles, however slap bang in the middle is The Great Ridge separating Edale from the Hope Valley were the finish line was.  I looked behind and couldn’t see 2nd place; this was fairly comforting as I was really starting to flag and the last thing I fancied at this point was a sprint for the finish line via a massive hill. A group of supporters had gathered at Hollins Cross and gave a cheer before I started the final descent. A few things were going through my mind at this point: don’t get lost in the last mile, don’t stack it, don’t cramp up, my ankle hurts, I’m massively dehydrated, I cannot wait to put my feet up….all the normal stuff. 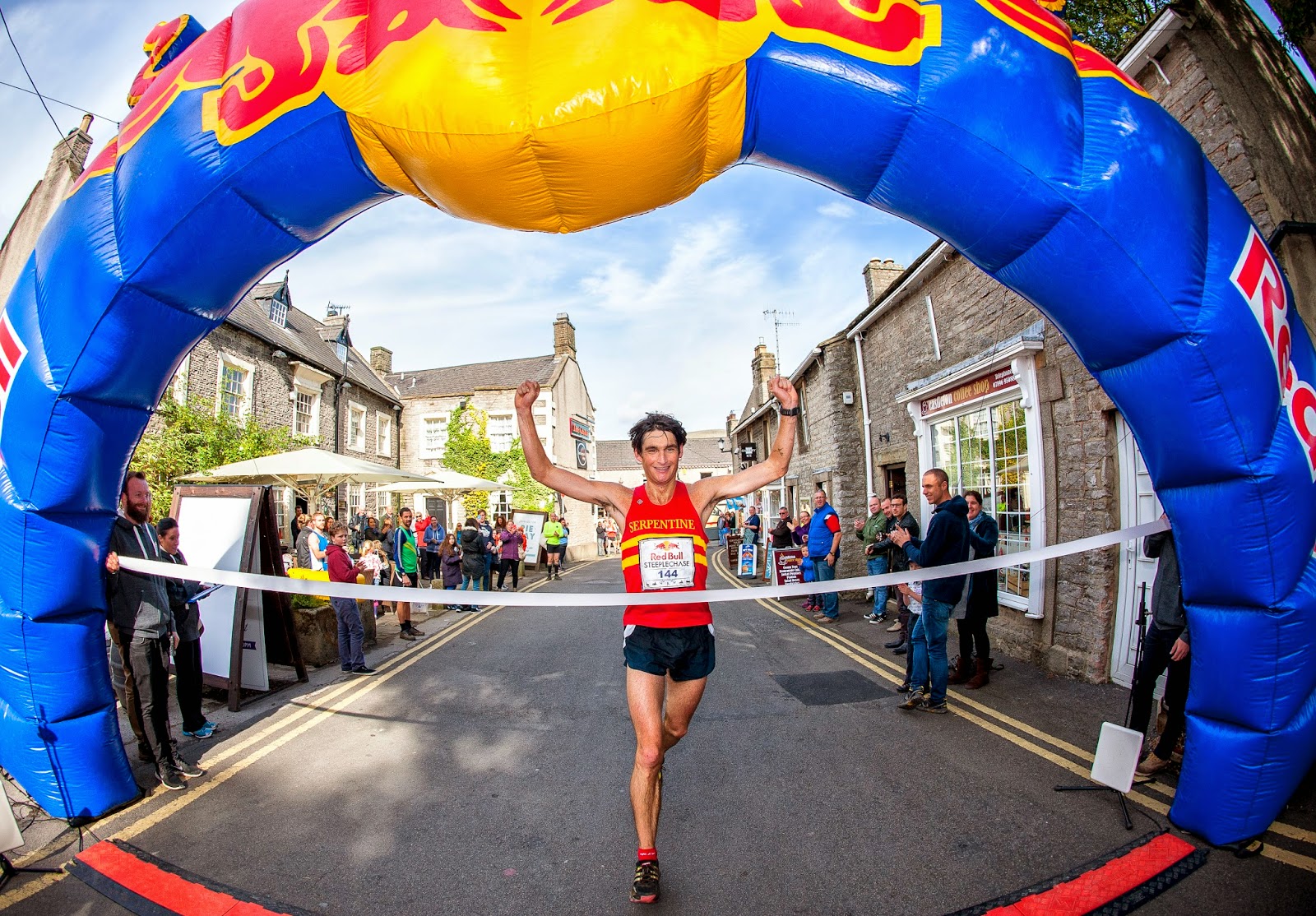 Anyway, I did make it, and took 1st place in 2:37, which was far from what I’d imagined going into the race. Glenn Hughes was 3rd, Hugh Torry 4th and Simon Barrett (Baz) 10th. In the women's race, Katie Williams was 2nd and Helen Palmer 4th. Not a bad team effort.

The finish and ‘after party’ was just about as spectacular as the race itself with a hog roast, bar, and all the competitors having re-assembled from each of the other cut offs. I’m not sure whether the race is on again next year, and I’d almost certainly aim to do it again, but judging by how my legs feel right now, I might take a while to recover! 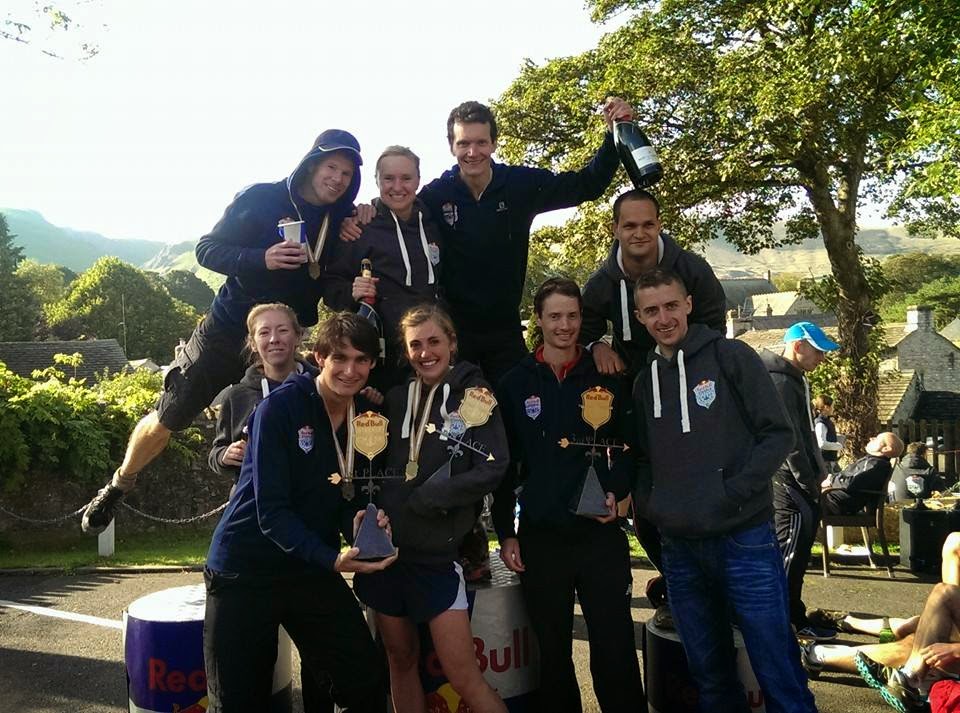