My first post on this blog highlighted the commitment and dedication required by athletes to get themselves to the top of their sport and to earn themselves a place to compete at the Olympic Games. Now, with just 3 days left until London 2012 starts, the athletes are in the final stages of preparation for the Games, there is a buzz in London that something very special is about to happen and everyone is looking forward to witnessing one of the greatest sporting events in UK history.

I plan to watch a lot of the action - the BBC is streaming 2,500 hours of sport on 24 channels over the whole 17 days and there are a number of opportunities to watch the free events such as the marathons and cycle racing. However there are a few events that I am particularly looking forward to. 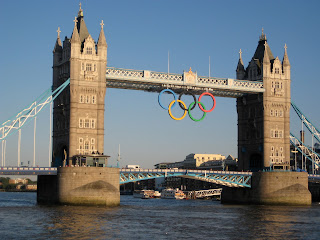 Men’s Cycling Road Race - Saturday July 28th
Following Bradley Wiggins’ great victory in the Tour de France last week, members of Team Sky will be switching into team GB kit and will be joined by David Miller and Ian Stannard to help give Mark Cavendish the best opportunity to win Gold. The GB cycling team will need to work together to chase down any breakaways during the 9 laps on Box Hill and will need to assemble a lead out train that will launch Cavendish to glory on the Mall after 250km of riding. Australia will be trying to help Matt Goss sprint for the line, whilst Peter Sagan and Andre Greipel, both fresh from Tour de France stage victories, will be challenging for the gold……and that’s assuming there’ll be no breakaways.

Women’s 100m Hurdles - Tuesday August 7th
Up until last week, Sally Pearson was undefeated in 2012 and was odds on favourite for Olympic Gold. However, an in form Kellie Wells took victory at the Diamond Grand Prix in London, clocking 12.57 compared to Pearson’s 12.59. I still do not doubt that Pearson will win Gold, she is world lead this year, showed the potential at Deagu last year that she could challenge the world record and it would be great if she could achieve that in London on August 7th.

Men's Triathlon - Tuesday August 7th
Triathlon is a relatively new Olympic sport, having been introduced into the programme in Sydney 2000. This year in London, there will be some significant sibling rivalry as Alistair and Johnny Brownlee take on the rest of the world, as well as each other. Johny goes to the Olympics off the back of a number of ITU victories, while Ali has been training his way back from injury with only one race (and victory over his brother) under his belt. And training to be the best at triathlon takes a lot of time: apparently the Brownlee brothers train 35 hours a week across running, swimming and cycling.

Men’s 5,000m - Saturday August 11th
The growth in the depth of 5,000m in the last 10 years is staggering; 18 out of the top 25 times have been set in since 2003, and 230 out of the 300 sub 13 minute times have been set since 2000. Britain's best hope of Gold lies with Mo Farah who, with a pb of 12:53 set in Monaco last year, goes in to the race as one of the favourites. The 5,000m can be run tactically and can result in a burn up over the last 800-1200m or can be won from the front. Mo has proved that he is capable of winning whichever way the race goes however, with Bernard Lagat, Tariku Bekele (Kenenisa’s younger brother) and Dejen Gebremeskel in the line up, expect a competitive run from the gun.

Of course I’ll be interested in a whole load of other action:
- Will Michael Phelps become the most decorated Olympian ever if he wins his 19th gold medal?
- Will Usain Bolt retain his 100m and 200m titles?
- Will the in form Christophe Lemaitre cause a shock in the 200m?
- Will Paula Radcliffe capture the only medal that eludes her?
- Will David Rudisha set a new World Record in the 800m?
- Will Rebecca Adlington win both the women's 400m and 800m freestyle?
- Will Gabon beat South Korea in Group B of the football?……..

The list goes on, but its certainly going to be a great 2 weeks. 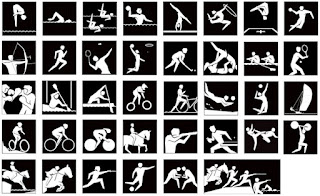